2012 Southern Naptist Convention to be held in Southern California 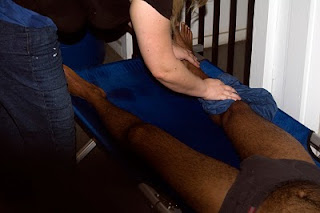 The 2012 Southern Naptist Convention will be held the morning of Sunday, June 17 in Southern California at the Venice Boardwalk in Venice, CA.

“Southern California’s and specifically Venice’s abundance of muscle, sand, and proximity to water make it a perfect site for sharing healthful and relaxing blessed rest and immersion if needed,” according to Reverend Emily. “In keeping with our belief: Let s/he who has never fallen asleep in a church cast the first pillow, the convention, as always, is open to all faiths,” added the Reverend.

About the Southern Naptist Convention:
Napping Affects Performance (NAP) and the Southern Naptist Convention are interactive performance projects by Emily Sloan providing community naps in collaboration with various performances, including (but not limited to) collaborations with sound, word, touch, and the delivery of naps to various sites and/or contexts. In May and June of 2010, NAP operated out of Art League Houston with six weeks of continuous performances taking place during Art League’s regular hours of operation. Since then, followers and napophiles began meeting once a month for a Sunday naps and naptisms during NAP Church services. For more information, please visit:  www.nappingaffectsperformance.blogspot.com
About Emily Sloan:
Internationally unknown artist and post-Campbellite Emily Sloan is the founding reverend of the controversial Southern Naptist Convention and chief caretaker and curator of The Kenmore exhibition object. Sloan is based out of Houston, Texas where her practice includes education, performance, public art projects and object making.
For more information, please visit: www.emilysloanblog.blogspot.com